BBNaija lockdown season 5; See what really happen among housemates during the first Saturday party in the house-

Just like housemates of the new of Big Brother Naija (BBNaija) reality show, millions of fans who follow the show had also been anticipating the first Saturday night party of the season.

The past few days in the house had witnessed its fair share of drama and the party was indeed an opportunity for the housemates to blow off steam and unwind.

Big Brother opened up the party venue to the housemates at exactly 10 pm and they all showed up looking good.

Unfortunately, the party kicked off to a slow start as the celebrity DJ, Sarz, who was billed to perform had a lot of technical issues.

However, this did not stop the shine of the party-ready individuals as they made sure to grace the dance floor and give fans of the show a good time.

Interestingly, male housemate Brighto managed to top the highlight of the night as he left fans completely surprised with his display during the party.

Many took to microblogging platform, Twitter, with hilarious memes and screenshots of Brighto rocking female housemates.

Love birds Eric and Lilo kept to themselves most of the time and interestingly they finally got to share their first kiss since the start of their ‘entanglement’.

Male housemates, Kiddwaya, Tricky Tee, Ozo, Praise, Laycon among others were also a delight to watch as they bust dance moves that kept the energy in the room.

Lucy who had been involved in squabbles over the course of the week spent most of her time dancing alone and admiring herself in the mirror.

Check out exclusive photos below: 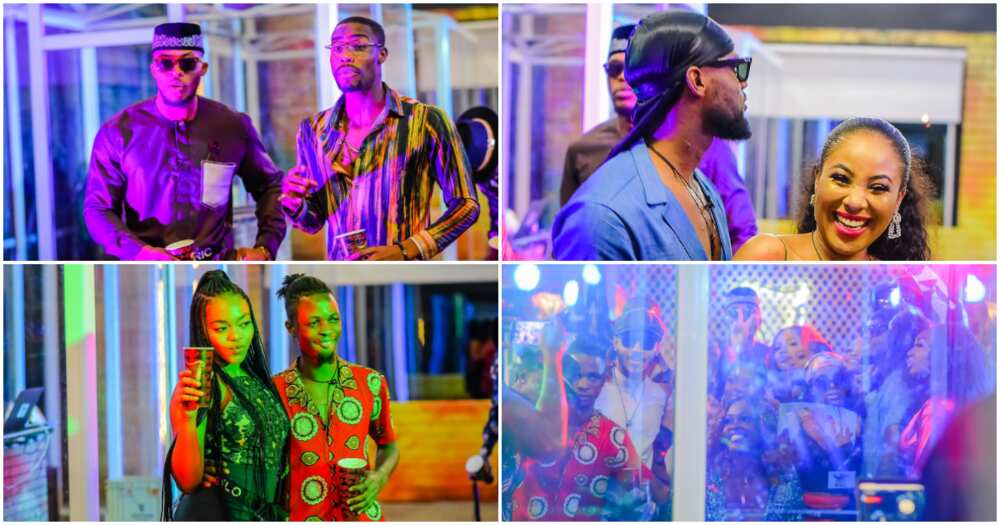 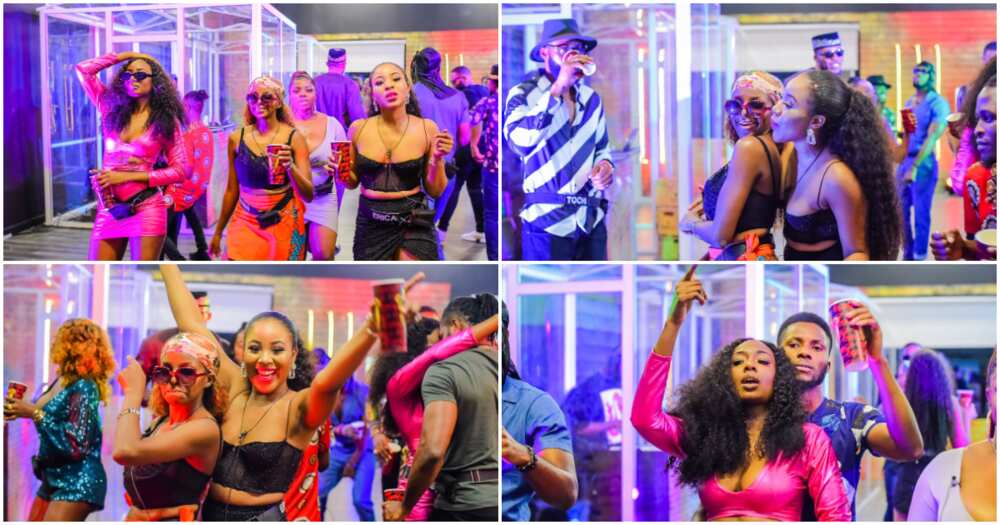 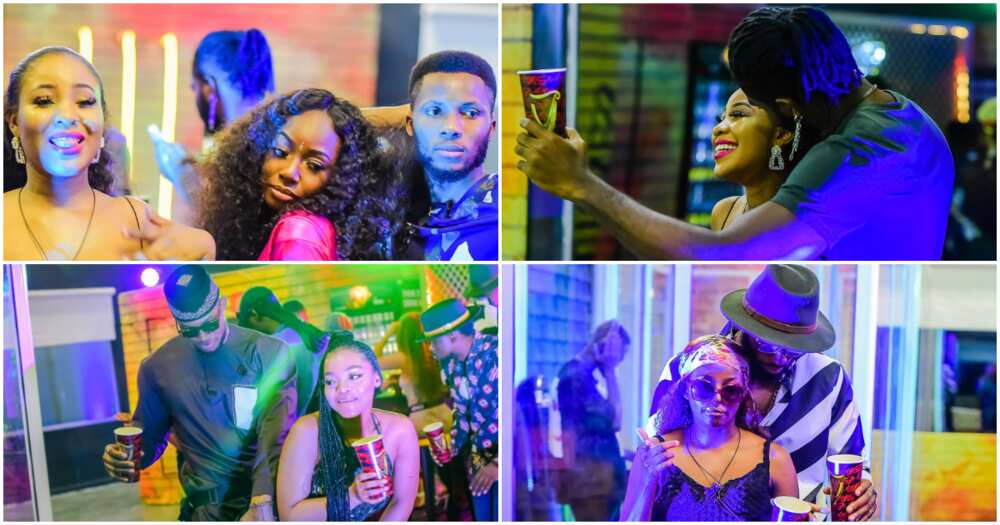